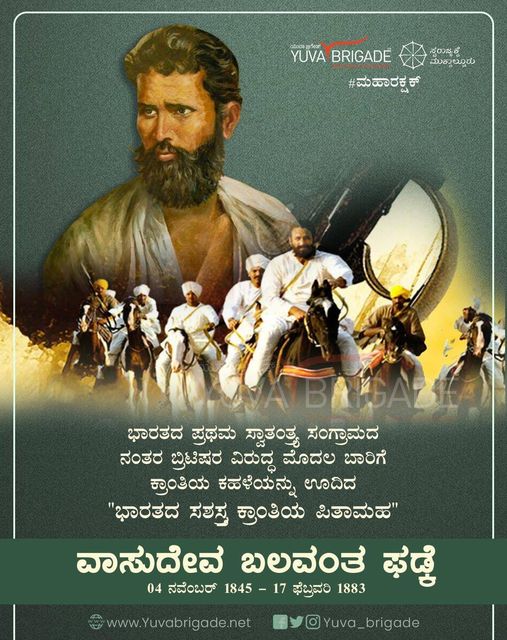 He was an independent activist and revolutionary who sought India’s independence from British Colonial Rule. Phadke was moved by the plight of the farming community and believed that Swaraj was the only remedy for their ills. With the help of the tribes and different communities, he formed a revolutionary group of Ramoshi. The group started armed rebellion to overthrow the colonial government, launching raids. Phadke came to prominence when he got control of the city of Pune for a few days after catching colonial soldiers off-guard during a surprise attack.

Yuva Brigade celebrated his birth anniversary by showing a documentary in 250+ schools across Karnataka reaching 30K+ students in a single day. Presentation followed by Q&A session was amazing. We also have plan to take the documentary to schools till end of the academic year as mark of respect to the fighter.

Here is the link to the documentary
https://drive.google.com/file/d/1ojhG_0x9iPYA2tOxAugM-BaOeee2GxcN/view?usp=drivesdk